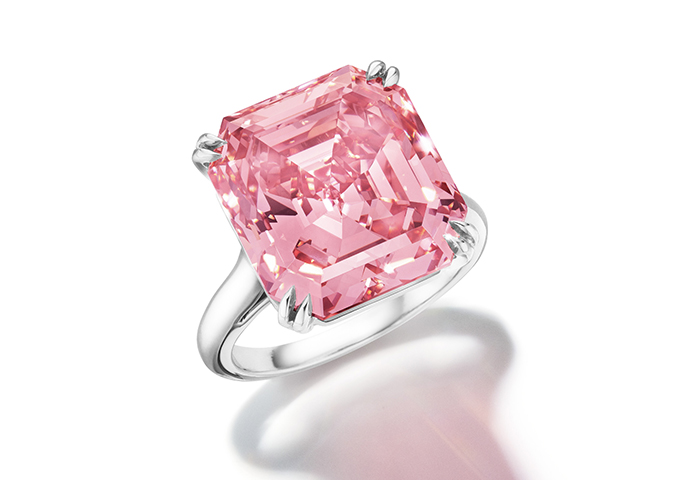 A 13.15-carat diamond – described as one of the finest fancy vivid pink emerald-cut diamonds ever to be offered at auction – is going under the hammer at Christie’s New York.

The potentially internally flawless diamond with VVS1 clarity grade is among the highlights of the Magnificent Jewels sale on December 6. It has a pre-sale estimate of US$25 million to US$35 million.

According to the auction house, a diamond of more than six carats is rarely encountered in the fancy vivid pink range. For context, less than 10 per cent of pink diamonds weigh more than just one fifth of a carat. With its extraordinary weight of 13.15 carats, this fancy vivid pink diamond ring ranks as one of the most important fancy colour diamonds ever to appear on the market.

This follows the sale of the 18.18-carat fancy vivid pear-shaped Fortune Pink diamond for US$28.81 million at Christie’s Geneva in early November.

Rahul Kadakia, international head of Christie’s Jewellery, commented, “This season has seen outstanding results for fancy colour diamonds and this particular fancy vivid pink is of the highest calibre. With impressive saturation, step-cut facets and a clarity grade of potentially internally flawless, this 13.15-carat fancy vivid pink is magnificently rare.”

Please Login/Signup in order to use this feature...
Login Signup Close